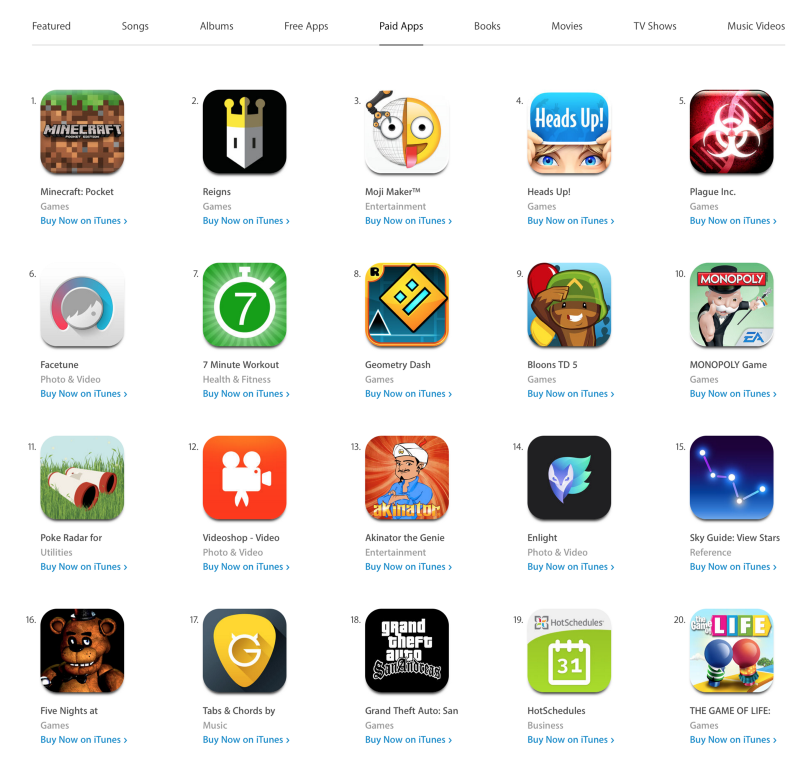 The intense competition between apps and the surge of the try-before-you-buy trend has resulted in a high number of apps to be free-to-download. The top two monetization strategies for most app publishers include in-app purchases and in-app advertising.

In-app purchases are based on the premise that if users like an app they may be willing to buy additional in-app purchases. In-App purchases are either upgrades, consumables or virtual currency or credits. In-app advertising is the second largest mobile revenue generator after In-app purchases and growing steadily with app usage. Examples include banner ads, full-screen ads, and video ads.

The free-to-download apps potentially lessen app’s retention rate. Further, the app install-rate, uninstall-rate and competition is the highest in this category.

The gap between people willing to download a free app and willing to pay $0.99 — the minimum in US iOS App Store for paid apps — is a significant hurdle for most publishers. This gap is in line with what Josh Kopelman wrote in the penny gap a decade ago, about how hard it is to get customers to pay even a penny.

However, pricing your app at this price point may be a viable solution as some mobile users are willing to fork out for higher quality apps. 440,000 apps out of the 2 million on the Apple app store are listed as paid.

In the chart below, notice $9.99 and $19.99 are traditional sweet spots. One of our customers priced their niche market dictionary apps at $19.99 and $9.99 after considerable A|B testing focussed on maximizing revenue.

Are paid apps an option?

App publishers should consider charging for apps for some reasons.